An LED Dance Floor is one of the most popular rentals in the New York and Long Island area. We carry a few styles of LED dance floors, and all of them can by synced to music and color changes.

The Disco craze, running roughly from the mid 1970s to the very early 1980s, is credited as the last popular music movement driven by the baby boom generation. A reaction to the dominance of rock music and the counterculture’s stigmatization of dance music, Disco had its beginnings in gay clubs as early as 1970, when DJs began pioneering the concept of seamlessly blending songs together, keeping both the music and the party going all night.

With a mix of elements as diverse as a couple of servings of Funk and the Philadelphia sound, a generous sprinkling of Soul, a hot dash of Latin, and some leftover psychedelic soul, all blended together, a far-reaching genre of dance music was born. In its relatively short time span, Disco launched and revived music careers, spawned hit movies, soundtracks, television shows, several dances, and infamously, the LED Dance Floor. 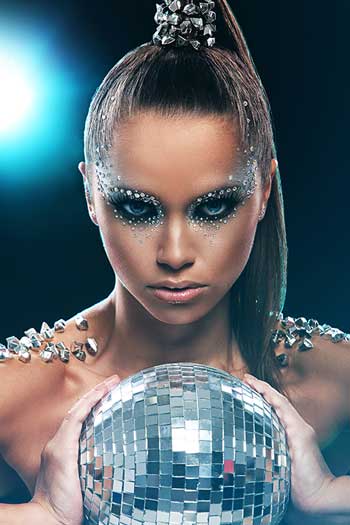 Musically, Disco was for anyone who wanted to get in on it. A listing of some of the bigger hits follows: Motown’s queen, Diana Ross, had a “Love Hangover”, while label mates The Jacksons (the former Jackson 5) had a smash with “Dancing Machine” while the Miracles had their biggest hit single with “Love Machine”. Gloria Gaynor’s “I Will Survive” became a feminist anthem, songwriter and producer Dan Hartman wanted an “Instant Replay”, perennial hit-makers Frankie Valli and the Four Sesons had the biggest single of their career with “Who Loves You”, Chic sang of the “Good Times”, while Blondie, with frontwoman Debra Harry, traded in their punkish edge for a “Heart of Glass”. Donna Summer, living in Germany, paired up with electronic music pioneer Giorgio Moroder for a string of hit singles and albums. Their first breakthrough hit, “Love to Love You”, a 17 minute ode to hedonism, credited as being one of the first extended form disco records. It also has the distinction of being named one of the 500 Songs That Shaped Rock and Roll by the Rock and Roll Hall of Fame.

Disco-influenced movies included, Saturday Night Fever with its multi-platinum soundtrack, featuring the Bee Gees and the Trammps among others, Thank God it’s Friday with its soundtrack (including Donna Summer’s “Last Dance”), and Can’t Stop the Music and its soundtrack, featuring the movie debut of The Village People singing their biggest hits. Almost all these movies included a signature LED dance floor.

Disco era dances include The Hustle, The Bump, The Robot and the YMCA (from the Village People’s smash hit Y.M.C.A., the dance included lifting your arms to spell out the letters Y, M, C, A when called out in the song).

Disco may have peaked and begun to fade away by 1981, but yesteryear’s hits can still be heard today – as playlists on Spotify or Pandora, at parties, weddings, and concert “oldies” shows, and even as samples used in many of today’s dance hits. It may be gone but certainly not forgotten by those who enjoyed that classic Disco sound.

We'd love to help you with your next event.